The Federal Communications Commission has issued an unusual weekend enforcement warning that boils down to this: Don’t use ham radio, CBs, FRS walkie-talkies or other personal radio services to plan crimes.

This comes as federal and local government and law enforcement officials around the country report concerns over possible terrorist attacks from disgruntled Trump supports enraged by the outcome of the election and stoked by the recent attack on the Capitol.

“The Bureau recognizes that these services can be used for a wide range of permitted purposes including speech that is protected under the First Amendment of the Constitution,” it said. But it continued in bold font: “Amateur and Personal Radio Services, however, may not be used to facilitate crimes.”

Specifically, amateur licensees are reminded that they are prohibited from transmitting “communications intended to facilitate a criminal act” as well as “messages encoded for the purpose of obscuring their meaning.” Users in the Personal Radio Services like CBs are prohibited from using them “in connection with any activity that is against federal, state or local law.” 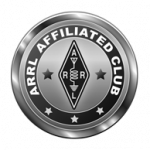